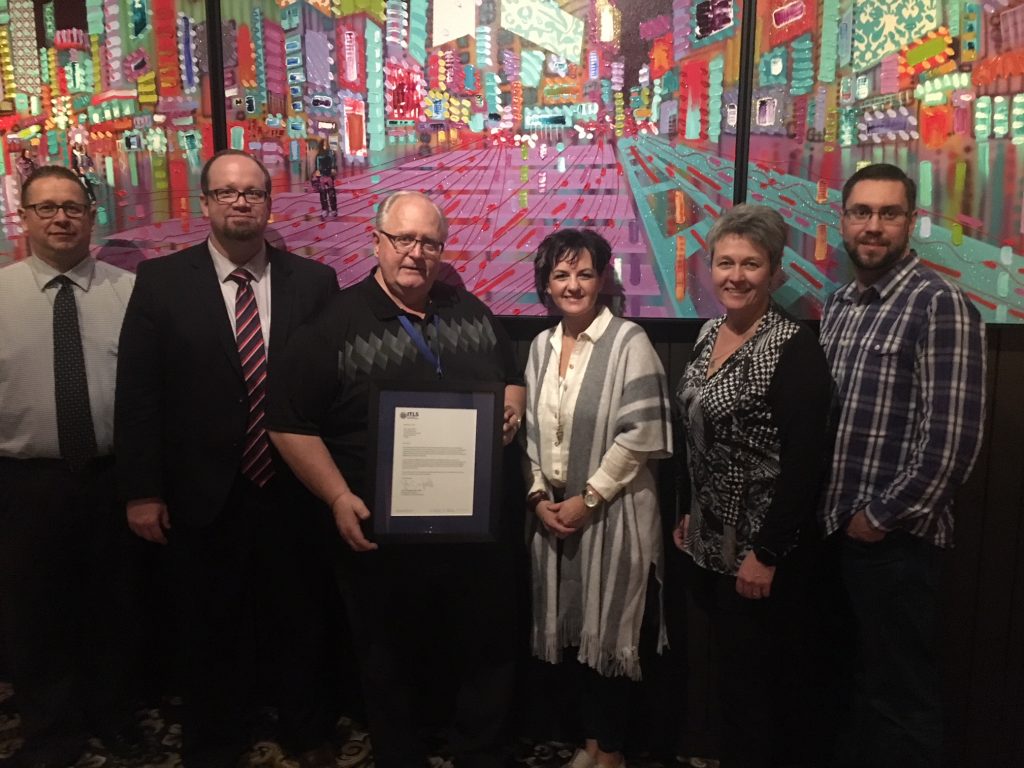 Congratulations to Merv Tippe, of ITLS Saskatchewan, on his retirement as Chapter Coordinator.

Merv’s official retirement was October 31, 2017. The ITLS Saskatchewan Advisory Committee took Merv out for supper and presented him with an ITLS Saskatchewan glass globe and a framed letter from Dr. Campbell congratulating and thanking Merv for all of his contributions to ITLS International and the Saskatchewan Chapter.

Replacing Merv is Angela Sereda, ACP. Angela and Merv have been working closely together over the past months to make a successful transition for the Chapter.

“We will miss Merv very much at the Saskatchewan Chapter and are very thankful for all of his dedication and commitment over the years,” Angela said. “If it wasn’t for Merv, we wouldn’t have the successful Chapter that we do here in Saskatchewan.”