Highlights of the 2010 International Trauma Conference 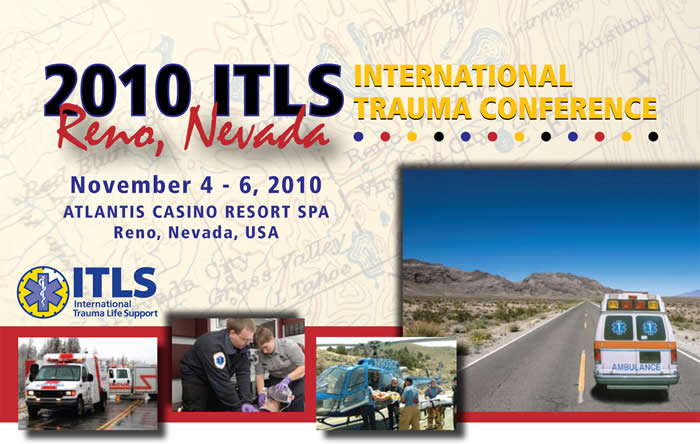 The 2010 International Trauma Conference on November 3-6, 2010, in Reno, Nevada was a success, attracting 240 physicians, nurses, physician assistants, and EMS personnel from 17 countries and territories worldwide.

The conference’s Opening Session kicked off with the Reno Fire Department’s Honor Guard and special guest Bill Webb performing. Bob Cashell, mayor of the City of Reno, welcomed the ITLS community to the city.

The keynote lecture featuring Bryan Bledsoe, DO, FACEP, NREMT-P and special guest Randolph Mantooth examined health and safety considerations for EMS providers, exploring the possible link between carbon monoxide (CO) exposure and firefighter deaths from cardiovascular disease and similar conditions. Mr. Mantooth, a professional actor, director, producer and screenwriter best known for his portrayal of paramedic Johnny Gage in the long-running television series “Emergency!”, travels with Dr.Bledsoe to present this popular lecture because of a personal connection to the issue: he spoke about his own near-death CO experience as part of the session.

Mental health implications for providers who experience stressful or traumatic events on the job, presented by Amy Boise

Teams from Japan, Croatia, Slovenia, and Texas also competed in the Preliminary round of the Competition.

ITLS presented its annual awards at the 2010 International Trauma Conference to honor seven individuals for their ongoing commitment to ITLS.

Donna Hastings, MA, EMT-P, of Edmonton, Alberta, Canada, was honored with the Jackie Campbell Award for her enduring service to the organization as the “wind beneath our wings.” ITLS President John Campbell presented the award, given in honor of his late wife, and noted that Ms. Hastings has been instrumental in moving the organization forward, first during her time as Chair of the Board of Directors and now as Chair of the Editorial Board. He recognized her numerous contributions to ITLS over the years, and thanked her personally for her enduring friendship.

Antonia Baranovic, MD, ITLS Croatia Medical Director, was honored for her outstanding medical direction of courses and ITLS leadership with the John Campbell Medical Director of the Year Award. Dr. Baranovic not only worked tirelessly to reestablish ITLS in Croatia but continues to work hard to spread training throughout the region, including to Slovenia (now a chapter), Serbia (chapter status pending), Kosovo, and The Hague. Dr. Baranovic also translated the ITLS provider manual into Croatian in 2010.

Two individuals were honored with the ITLS Ambassador Award for their dedication to promoting ITLS programs and for demonstrating a clear understanding of the ITLS mission: Roberto Rivera, RN, EMT-P, Training Centre Coordinator for Manati, Puerto Rico, and Enrico Corsi, from the ITLS Italy chapter.

Mr. Rivera, a member of the ITLS Editorial Board, has provided time, patience, and guidance as ITLS works with its Spanish-speaking colleagues.  He has generously donated his time to translate educational materials, policy and procedures manuals, and to interpret for ITLS.

Mr. Corsi, who could not attend the conference due to the upcoming birth of his third child, is one of the organizers of the ITLS European conference and has worked to bring the European chapters together to share experiences, research and ideas to advance trauma care. At this year’s European conference, several faculty members were stranded in Italy because of the volcanic ash cloud. Mr. Corsi opened his home and provided many days of hospitality to his guests until they could fly home.

Darby Copeland, M.Ed, RN, EMT-P, ITLS West Virginia Chapter Coordinator, was presented with the Pat Gandy Coordinator of the Year Award. As a coordinator, educator, nurse and paramedic, he is recognized for his enthusiasm for ITLS and other educational programs in his state.  His colleagues have commended his dedication and devotion to promote ITLS throughout West Virginia.

The Ray Fowler Instructor of the Year Award was awarded to George Murphy, EMT-P of Boston, Mass., for his excellence in teaching and innovation in ITLS programs. Mr. Murphy, a training officer for the City of Boston EMS, is a veteran EMS educator who has promoted ITLS throughout his career. This year, he was successful in securing departmental approval and funding to train over 300 EMS personnel in ITLS. Unfortunately, Mr. Murphy was recovering from an illness and unable to join ITLS at the conference this year.

The Harvey Grant Memorial Award for excellence in developing and promoting ITLS Access programs was presented to Jacky Chan Chun Kit, RN, Chapter Coordinator for ITLS Hong Kong Hospital Authority. At his own expense, Mr. Chan traveled to the Japan chapter to learn Access and adapt it to his chapter. He developed specific scenarios, translated PowerPoints, and introduced Access to Hong Kong.

As another well-received conference concludes, ITLS is already looking forward to next year.

The 2011 International Trauma Conference will be held in Nashville, Tennessee, at the Nashville Airport Marriott Hotel on October 25-28. We hope to see representatives from all of our chapters in 2011! 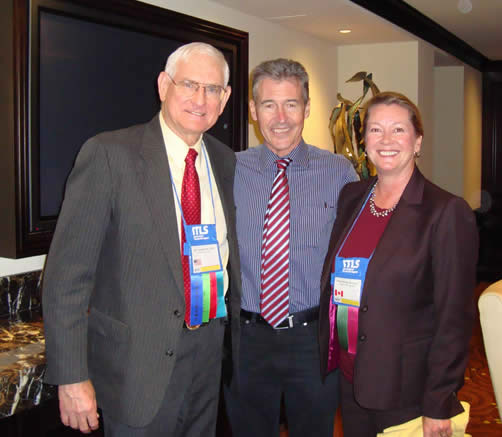 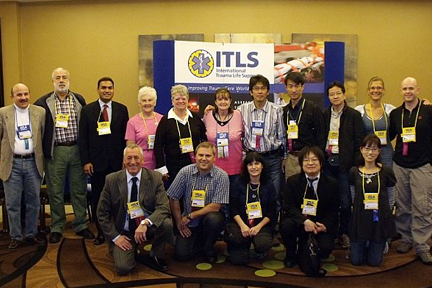 Individuals from Puerto Rico, Argentina, India, South Africa, Canada, Australia, Japan, Croatia, Ireland, and Slovenia were among those in attendance at the International Chapter Networking Reception. 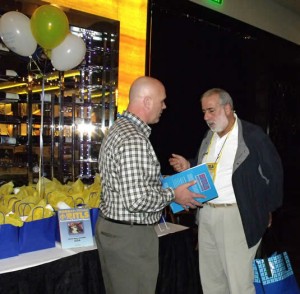 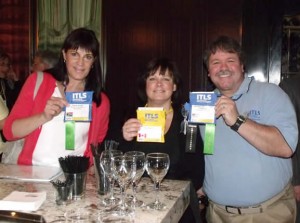 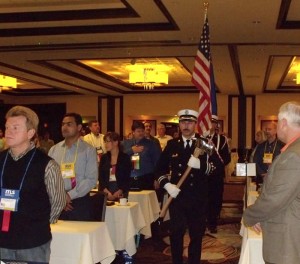 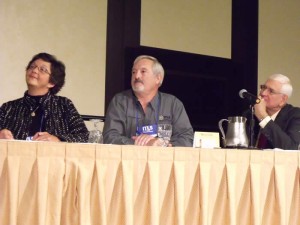 TOP: Conference participants look on as the Reno Fire Department’s Honor Guard welcome participants to the city during the Opening Session of the conference. BOTTOM: From left, Conference Speaker VIckey Lewis, John Mohler, Chapter Coordinator of ITLS Nevada, and Dr. John Campbell, President of ITLS, watch the Honor Guard complete their ceremony at the Opening Session. 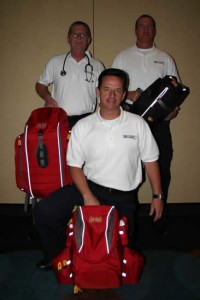 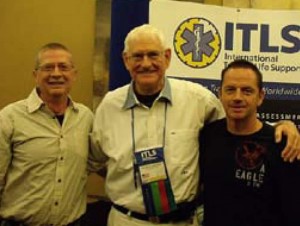 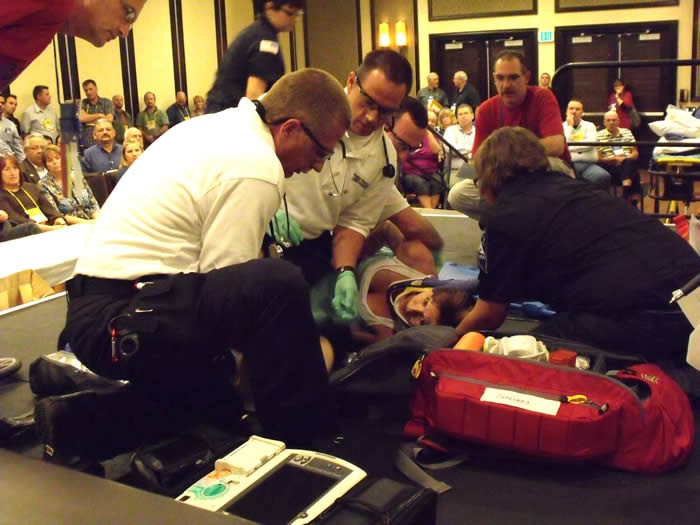 The North Carolina – Surry County team during one of the scenarios of the Competition. 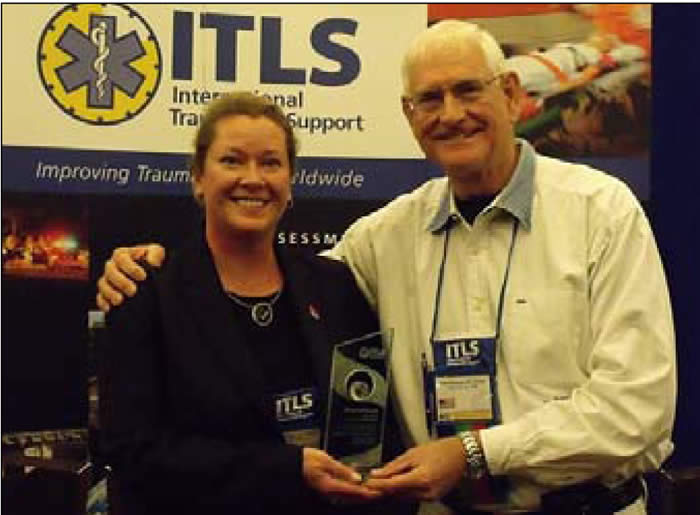 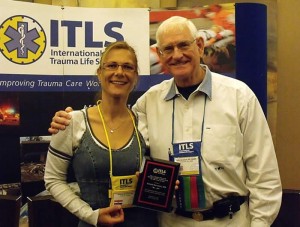 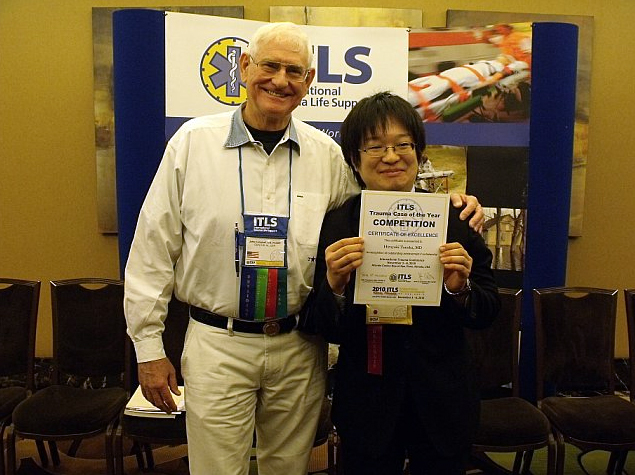 TOP: Roberto Rivera, RN, EMT-P, Chapter Coordinator for ITLS Puerto Rico in Manati, was honored with the ITLS Ambassador Award. BOTTOM: Hiroyuki Tanaka, MD, of Japan, was selected as the winnerof the inaugural Trauma Care of the Year competition for his presentation,”A Case of Cultivator Trauma.” 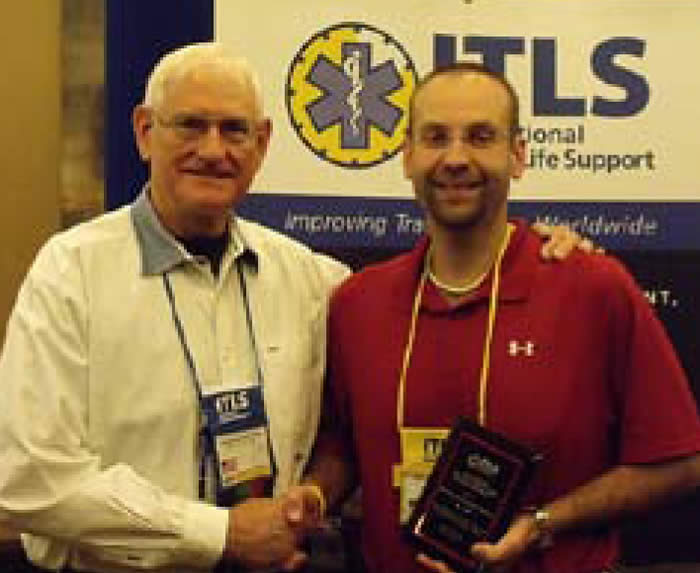 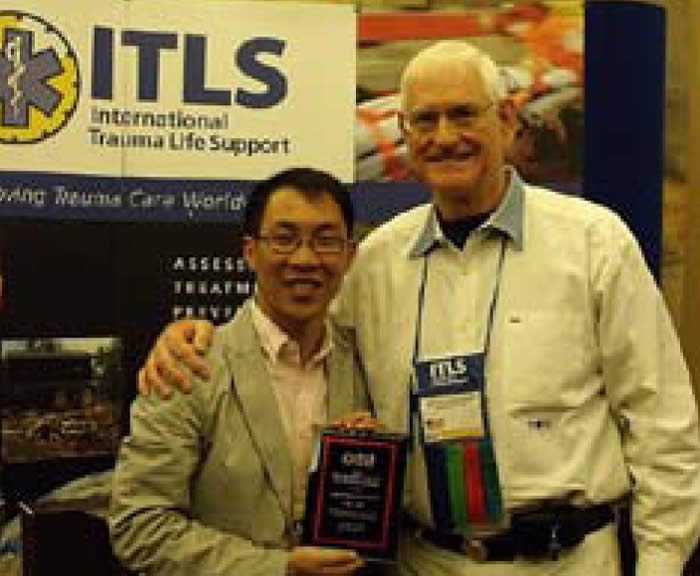 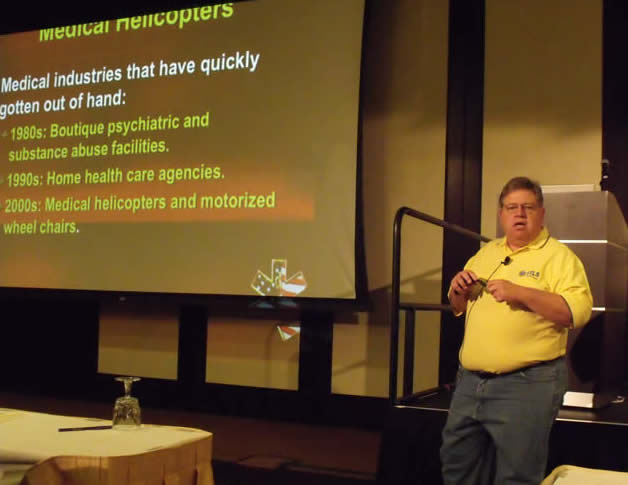 Presenter Bryan Bledsoe, DO, FACEP discusses the controversies associated with the use of the medical helicopters during one of the conference’s educational sessions. 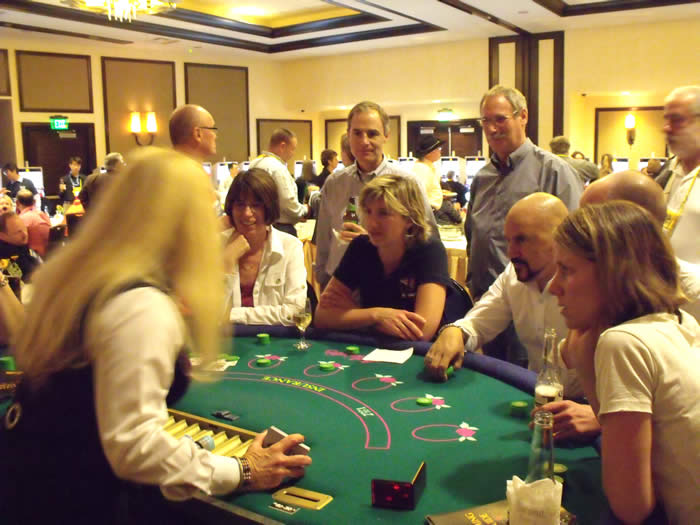 Attendees at the conference’s Reno Casino Night pick up tips on blackjack from a casino dealer at the event’s instructional table. 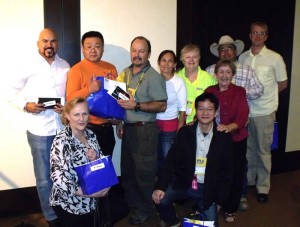 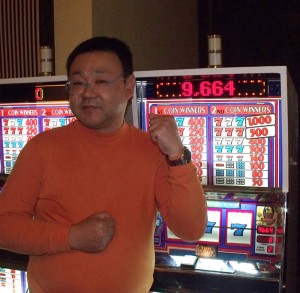